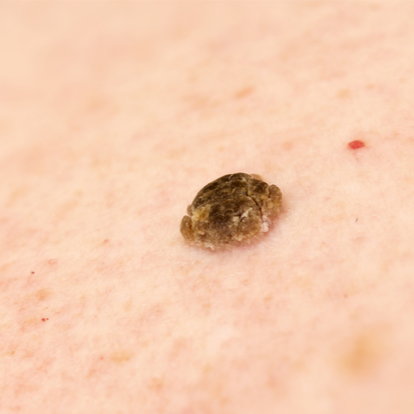 Also known as seborrheic verruca, most people will develop at least one seborrheic keratosis during a lifetime. Fortunately, these lesions are benign and don't become cancerous. They are characterized as brown, black or yellow growths that grow singly or in groups and are flat or slightly elevated. Often they are mistaken for warts. Generally, no treatment is required unless the growth becomes irritated from chafing against clothing. However, because it looks similar in appearance to precancerous growths (actinic keratosis), your dermatologist will likely biopsy the tissue to confirm the diagnosis.

If a seborrheic keratosis becomes irritated or unsightly, removal is conducted using one of these three methods: